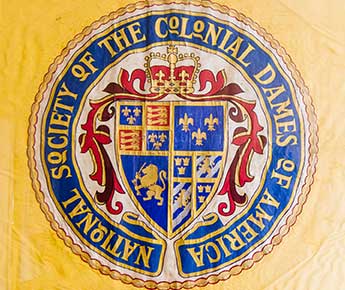 Archaeology at the Condé-Charlotte Museum House

NOTE: This article was originally published in Alabama Heritage magazine. All rights reserved. Permission to publish on this website is granted by Alabama Heritage. www.alabamaheritage.com

Over several decades, the grounds around Condé-Charlotte Museum House have been disturbed by rehabilitation of the house foundation, installation of buried utility lines, and landscaping. Numerous artifacts and structural remains were dug up during these activities in the 1940s and again in the 1970s. Reports of these discoveries still exist, and the artifacts are in the Condé Charlotte collections, but those excavations were not scientifically documented according to current archaeological methods.

While much ground disturbance and random digging has occurred, there remains a potential for buried archaeological layers and artifacts dating to the colonial and early American periods, prior to the mid-1840s construction of the original Kirkbride House (now Condé Charlotte). The rear wall of the Condé Charlotte property abuts the partially reconstructed brick walls of Fort Condé, once the heart of colonial Mobile. The last remnants of the old fort were demolished in the early 1820s, and the land was platted for residential use.

In the fall of 2009, the National Society of Colonial Dames in America in the State of Alabama approached Dr. Greg Waselkov, Director at the Center for Archaeological Studies at the University of South Alabama, about the possibility of exploratory excavations. This request proved to be a perfect opportunity for students enrolled in Waselkov’s 2010 spring semester field methods class to learn how to excavate, take notes, and draw archaeological maps. On three Saturdays in January, fifteen students in the field school class completed limited test excavations at Condé Charlotte. Several Mobile area Eagle Scouts and their parents also volunteered to help one Saturday. These archaeological investigations were designed to locate undisturbed deposits that could be evaluated for further explorations or preserved for future generations. Field work included excavation of eight test units (each a square less than two feet on a side) around Condé Charlotte.

An archaeological site map was prepared by students Gabe Felts, Joe Formichella, and Chelsey Wilson, who had previous field school experiences. The site map shows the locations of the eight test units in relation to the house, courtyard, and gardens. The archaeological work involved removing the soil by ten-centimeter (four-inch) levels in each unit using trowels. The excavated soil was screened through ¼-inch hardware mesh to recover artifacts. At least four of the eight test units contained cultural layers and features (such as a refuse pit) that are historically significant, representing occupations older than the house itself. One unit at the rear of the house contained a layer of brick and mortar rubble that reached eighty centimeters (nearly 2½ feet) in depth. Thousands of artifacts were recovered, mostly structural nails, bricks, and mortar. A few were eighteenth-century colonial artifacts, such as sherds of English creamware and French lead-glazed earthenware pottery and olive green wine and brandy bottle fragments. Most artifacts, however, date to the nineteenth-century, such as English pearlware and whiteware. Pieces of white clay smoking pipes, lead shot, bone and metal buttons, Native American pottery, and animal bones were all found in small numbers. Although future excavations will be needed, the artifacts discovered in January help bring researchers one step closer to unearthing the larger history of Condé Charlotte.

Bonnie Gums serves as the Laboratory Supervisor for the Center of Archaeological Studies at the University of South Alabama. She and Dr. Greg Waselkov supervised the January excavations at Condé Charlotte.